Everyone needs an SSD


If you own a computer, it needs to have a Solid State Drive (SSD) in it.  New computer, old computer, desktop, laptop, doesn't matter, put an SSD in it.   Traditional hard drives have been getting bigger, but the technology hasn't really changed much in the last 15 years or so.  The time is ripe for the next big thing.  Something with no moving parts, something shock proof that wont "crash", something that consumes very little power and produces very little heat, and something that can access information in microseconds, without waiting for a read head to physically move to the right spot on a spinning magnetic disk (wow that's old fashioned).  Everyone needs an SSD. 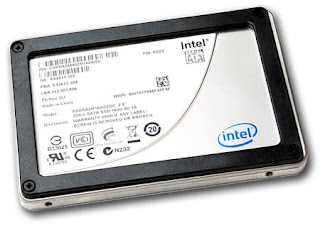 Tech guru's have been raving about SSDs for the better part of two years.  Anand Shimpi of Anandtech has done extensive testing and reviewing of all the major brands.  For more information on how SSDs work, see his SSD Anthology.  Put simply, an SSD is the single most noticeable upgrade you can make to your computer.  When you double click on an icon, boom, the program opens.  No more waiting around for the old hard drive to finally find that data and get it into RAM.  Oh, and for what it's worth, no more defragmenting your hard drive either.  "Fragmenting" is only a problem for the old folks with their archaic spinning magnetic disks.

Plus, if you have a laptop, then you really really need an SSD.  SSDs are shock proof and use way less power than traditional laptop hard drives.  So in addition to the performance gain, the battery will last longer.

For some reason major computer manufacturers still havent caught on and SSDs are still a relatively rare option when buying new computers.  They are really only available on the high end models.  But even the budget line of PCs should have SSDs in them.  They are that important.  So unfortunately, you're going to have to buy one separately from your computer and put it in.  Even old computers will benefit.  Chances are, if you're reading blogs on the internet, you'll be able to install an SSD.  It's not any different than any other hard drive.  You dont really dont even have to screw it in since it's the size of a credit card and doesn't weigh much more, you can just tape it down if you have to.

So check out Anandtech.com, then find yourself a deal on an SSD. I've been using them in all my desktops and laptops since Christmas of '09.  Join the rest of us in the 21st century. 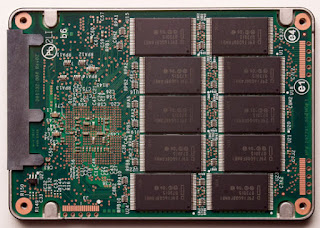